In Manchester, England, a young woman is busy dying. This is her story.

"Lyndsey is a 27 year old professional young woman working for an established PR Marketing Company as a HR Manager in Manchester.

When you meet Lyndsey, you would get the feeling that she was confident but down to earth, strong but fiercely ambitious.  You would not think for a minute that on the 12th April 2012, she had been told that the brain tumour she has battled with for 3 years has now become inoperable and they cannot find a cure.

She is positive, she is funny, she has an amazing smile, and even the side-effects of the chemotherapy are not getting her down.  Her positivity and her determination to beat this disease are evident: she is a fighter.

In November 2009, Lindsey had a routine eye check with the opticians.  She was having trouble with headaches, with blurred vision during the day and dizzy spells. She thought this was just a symptom of her hectic social life, but the optician saw something different - they suspected ‘Papilledema’ – ‘pressure, in or around the brain caused by bleed or tumour’.

After an examination CT and MRI scan it was confirmed that there was a tumour on the right frontal lobe of her brain. An operation to remove the tumour was done on Christmas Eve 2009.  After a biopsy of the tumour she was told the tumour was benign, and although scans were scheduled for every 6 months all was fine.

On 24th December 2010, (Christmas Eve again) she was told the tumour was back, in the same place but more aggressive - it was now a Grade III Oglioastrocytoma. This time, the tumour was malignant.  Another operation was scheduled for the first week in January 2011. Lyndsey took it in stride, positive and determined to get on with whatever treatment was given to beat this disease.  Radiotherapy was the option.

In April 2011, Lyndsey had to endure 10 weeks of intensive Radiotherapy. Despite her positive attitude, she worried about losing her hair, although when the inevitable happened and she did lose it, she decided to focus on the positives again.
Treatment was working.

This time, scans were scheduled for every 3 months; and everything was going great. On the 7th December 2011 Lyndsey and her family celebrated when they got the wonderful news that the tumour was gone.

A scan wasn’t scheduled till 17th April 2012, but she didn’t get that far. On Easter weekend - 5th April 2012 - Lyndsey didn’t feel well at all and had to be rushed to hospital. She knew, deep down inside, from her symptoms, that the tumour was back.
On Monday 9th April, 2012 it was confirmed that the tumour was back a Grade IV ‘Glioblastoma’, although not in the same place. It had now moved to the “left frontal lobe”.

The surgeon explained that the tumour was far more aggressive than before, and they would not be able to operate because of the damage that it would do to her life, her memory, her ability to walk, talk and think, so an operation is not an option.

As it is so soon after her previous radiotherapy treatment this too is no longer an option, leaving her with chemotherapy is the only choice she has.  Chemotherapy has started, but has been described as ‘palliative care’ - is given to prolong life, and improve quality of life.

The diagnosis is not good, but to Lyndsey the future is still bright, just wanting to live everyday as it comes.

In all the time that Lyndsey has been living and dealing with this awful disease, she has never once pitied herself or her situation, she considers that this experience has helped her to grow as an individual. Her ability to remain positive and not be scared has meant that everyone whose life she touches is therefore not scared and always positive about the future.

Throughout this journey, Lyndsey has always planned that once she had recovered she would go travelling, specifically to Asia, Thailand and Vietnam, a spiritual journey, to be able to sit with the Buddhists, and find herself.

But with the devastating news that she recently received, time is not on her side. There is little time to plan, little time to accept the news - all that is left is time to do!

So our plan is to raise as much money as we can to give Lyndsey the holiday of her dreams, to travel through Vietnam, and do every thing she has always wanted, packing every day with fun filled days and laughter.  Due to the severity of her illness the cost of insurance and travel is very expensive, so our target is £15,000.

Events are being held all over the place to help raise funds, by the Lyndsey Roughton Purple Heart Brain Tumour Fund, we would really appreciate your support; please find details of some of our up and coming events below:

We can't fix this. No matter how much money we raise, the situation is that there is no cure - although I'm not counting Lyndsey out just yet; pure determination and positive thinking do amazing things. What this will do is hopefully help someone achieve their dream before they leave the skin of this world and the light goes out.

That's where the writing thing comes in useful. The plan is to put together a short story anthology to be published as an ebook, all proceeds to go to the family.

If you're a writer, or know anyone who writes, and you'd like to donate a story, please let me know - you can contact me at jhsked(at)hotmail.com. Authors will keep all rights to their stories, but there is no payment or fee for this one. 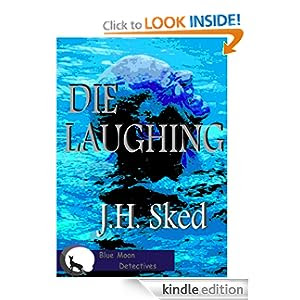 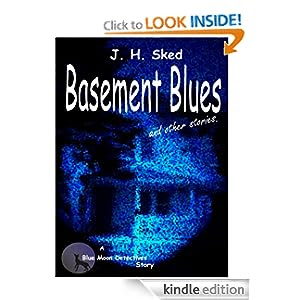