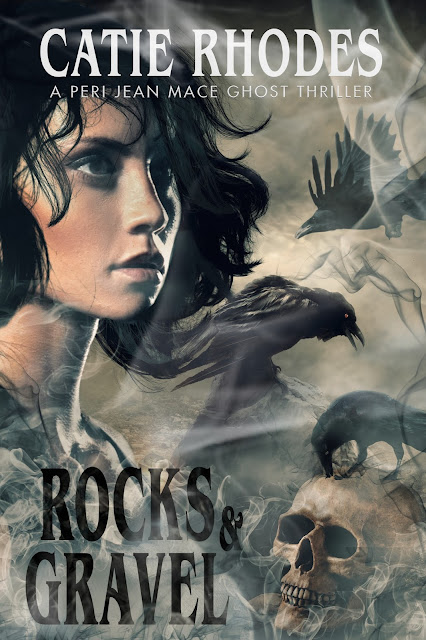 Peri Jean Mace knows ghosts create chaos in her life. She also knows the Mace Treasure spawns blood, death, and sorrow. They’re both trouble and she wants nothing to do with either one.
When a ghost steals secrets about the cursed fortune, Peri Jean is dragged kicking and screaming into the dangerous world of the treasure and the people who hunt it.
Now she’s stuck between a vengeful ghost and treasure hunters willing to do anything—even murder—to get rich quick. A storm of curses, old betrayals, and murder are about to rain down on Peri Jean. Can she accept the truth about herself and save all she loves before it’s too late?

Catie Rhodes is the
author of the Peri Jean Mace Paranormal Mysteries. Her short stories have
appeared in Tales from the Mist, Allegories of the Tarot,
and  to Let’s Scare Cancer to Death. 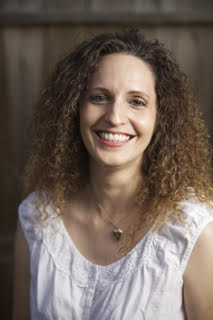 Catie was born and
raised behind the pine curtain in East Texas. Her favorite memories of
childhood are sitting around listening to her family spin yarns.
Some of the tales were spooky. Some had
grim endings. Some were sidesplittingly funny. The stories all had one thing in
common: each had an element of the mysterious or the unexplained.
Those weird stories
molded Catie into a purveyor of her own brand of lies and legends. One day, she
found the courage to start writing down her stories. It changed her life
forever.
Catie Rhodes lives
steps from the Sam Houston National Forest with her long-suffering husband and
her armpit terrorist of a little dog.
When she’s not
writing, Catie likes to cook horribly fattening foods and crochet or knit stuff
nobody wants as a gift. She also reads a whole helluva lot.

Posted by Unknown at 18:14 No comments: Links to this post

Things that make you go Wut? What is happening to ebook pricing?

There are a couple of traditionally published authors I adore. Tight plots, great story, amazing sense of humour. Since I like my series books, a new release by one of these authors is a massive treat for me; it's like settling in for a new conversation with old friends and catching up on the news. Candy for the soul, ya know?

So when the latest release day hit, I went over to Amazon and looked at the kindle page. It was over £15 for the ebook.

Nope. I've gone back to that page every week for the last couple of months. As of now, it's sitting at over £9.00. The paperback is not available yet, and yes, I like this series enough to revert to tree-books if I must. But £9.00 for a kindle book - nope. That reduces my book budget, which at the moment is so tight it makes squeaky noises when I look at anything over £5.99, to something that the universe is likely to set on fire while giggling gently to itself.

It's not just that particular author, either. Pre-order on another favourite is £8.99. Yet another is £9.99, for something out in September.

Google isn't showing me much conversation about the matter, but surely I'm not the only one thinking "I love you guys, but that's cat-food and toilet paper and a bunch of other stuff I can't justify giving up to read."

The thing is, those prices are publisher set. These are traditionally published authors, who get paid quarterly and have to earn out their advances. They have zero control over the final price set on sites like Amazon. They are also the ones that will likely be blamed for falling book sales, and possibly lose their contracts. (This is also the reason I'm not naming names. It's pointless calling out authors when it's the damn publishing house that's causing the issue.) While I'm seeing a lot of hissing and booing in the reviews section, most folks seem intent on blaming the writer instead of the publishing house.

A person of a cynical bent (who, moi?) might wonder if this is the latest ploy by publishers to reduce ebook sales and increase paper sales. Or whether this is an epic tantrum aimed at Amazon by the publishers after the Apple debacle last year. Who knows?

I do know that charging close to double the price of a paper-back for an ebook is price-gouging of a sort that would make loan sharks blink in envy. I also don't see anyway this is sustainable in the long run; most folks simply can't afford to pay these prices. Book sales across the board for traditional authors is likely to drop. There might be a short term increase in money, but in the long run, that income stream is on a death march. So are a number of the authors involved, unless they get their rights back and start self-publishing. Most writers - even traditionally published ones - still work a day job because their income from books is so low it's ridiculous. You don't write for the money, kids. You write because you have to.

From an indie author point of view, how does this affect our pricing? Do we put prices up in an effort to keep up, or drop them back down in competition? The time of the .99c ebook creating sales went the way of the dodo at least 18 months back; the majority of readers now associate low prices with low quality, which is a pity. I found some great new authors at that price.

I have no clue what the end game is here. If readers vote with their wallets and go back to tree-books, that gives the publishing houses a grand excuse to stop producing them. If we continue to buy ebooks for prices that would choke a walrus, publishers have no reason to drop the prices. It's an ugly game, whatever the rules and reasons, and in this case, both writers and readers are the losers. The publishers are likely to gallop merrily into the sunset, and wonder why the hell their business is in trouble over the next two years.

Posted by Unknown at 22:42 No comments: Links to this post